Tiny Epic Defenders engl.
"Aughmoore is in ruins. The evil could not be contained and its darkness has spread to every region of the world.
Shattering villages and infecting all forms of life. There has never been a more dire need for Heroes.
Everyone who remains must rise up, must unite, and must risk everything to preserve what little spirit remains.

Tiny Epic Defenders is a riveting small-box cooperative game and it's back with an all new edition featuring new art,
new abilities
ITEMeeples® and more exciting gameplay than ever before!

BASE STORY: After the Great War (Tiny Epic Kingdoms), many of the factions, shattered and defeated, looked for something to cling to.
One final hope before the last of their race would flow like the river into the ocean of history, gone and forgotten.
It was the sages of the Order of Gamelyn who answered their prayers.
They provided a new perspective on unity, and a way of life that would welcome peaceful members of any faction.
A utopia for all. With very few options and a will to survive, this world alliance became an inevitable truth in the eyes of many of the factions? leaders.
Even factions who hated one another had nothing left but each other.
Under the guidance of the Order of Gamelyn, a Capital City was chosen and factions from all over the world came to call this city their new home.
At last, the world was at peace? but not for long. A great storm is coming and in the darkness of the mist, there be demons." 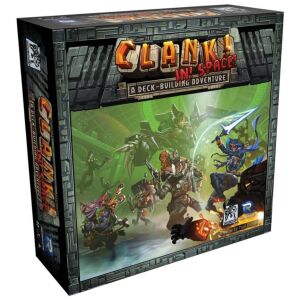 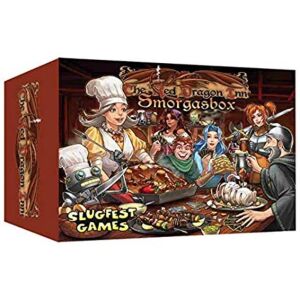