The Voyages of Marco Polo Insert V2
Note: Insert designed for game with external box dimensions of 31.8 x 22.9 x 7.1 cm. Note also that this is the revised version of our original FS-MPO insert. Insert compatible with The Voyages of Marco Polo® including the The New Characters® mini expansion and The Agents of Venice® expansion. The design provides both efficient storage and improved game play. Many of the trays can be utilised during the game, and they greatly aid set-up and clear-away times.
Insert is separately compatible with Marco Polo II: In the Service of the Khan. Note: When fully loaded with the original game and both expansions the box lid does not fully close flush with the box. There remains a 3-4 mm gap due to the additional board of The


As mentioned above this insert is also fully compatible with the new version of the game Marco Polo II: In the Service of the Khan®. In this case the game fills the box and the lid closes flush with the box. This product consists of a flat-pack of 4 Evacore sheets. The trays require assembly, which is quick and fun, using ordinary PVA glue. Detailed instructions are included in the package. 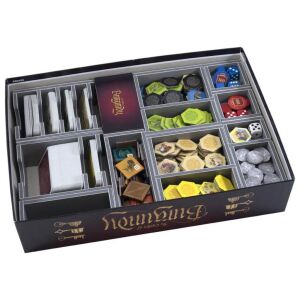 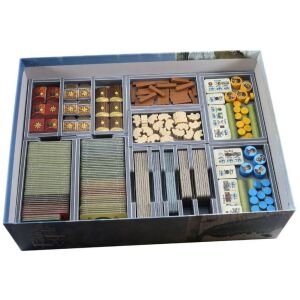 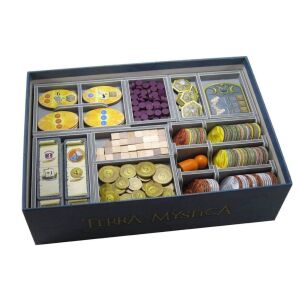 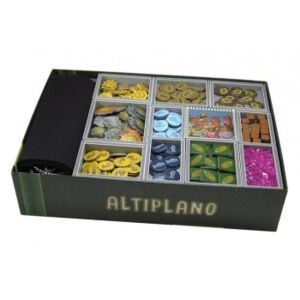 Altiplano, and The Traveler Insert 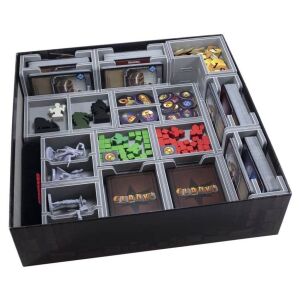 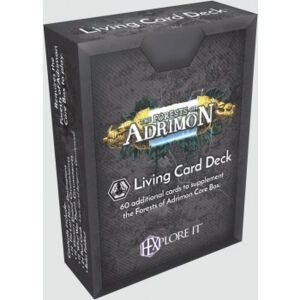 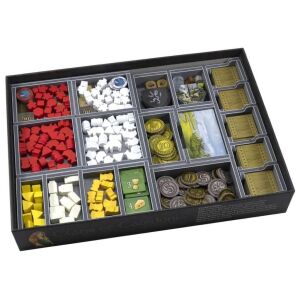