"The world is drowning.

When the Everrain began, no alarms were rung, no calls to action were cried. But as the weeks became months and the months flowed into years....the rain would not cease. The years are elapsing, and not a moment passes where the oppressive and suffocating sky does does mock us with its torrent. Even the very land has begun to disappear beneath the waves, and before long I fear the rising tides will take us all. We must do something, or a watery grave will be the fate of everything and everyone.

At first we did not understand, and so we searched for the cause of the Everrain, but the truth brought no solace. Ancient Ones of the ocean have awoken, and the world is no longer in their image. For too long the denizens of the earth have prospered, and Old Gods have arisen to usher in a new age of the Sea. We must do something, before all is lost to the rising tides.

Stop the Everrain…or drown in the flood of the new world."

The Everrain, an epic cooperative adventure set on the dark seas of a world on the brink of extinction, comes to Kickstarter this year. Over the coming months we’ll be revealing everything you need to know about this exciting adventure, from in depth gameplay mechanics to the art, miniatures and gameplay components of the Everrain.

The Everrain is a cooperative story driven exploration game 1-4 players. The world is drowning beneath an endless deluge of rain as an ancient deity awakens to remake the world in its image, and players must head out into this dark and foreboding seascape to discover the source of the Everrain and prevent it from unmaking the world.

Players must work together to advance the player track around the board by finding ancient relics, exploring the map and launching expeditions ashore. But the enemy is also on this track, and should they advance quicker than the player then the game will become harder as the Old One stirs from it's slumber. 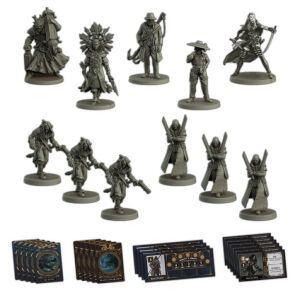 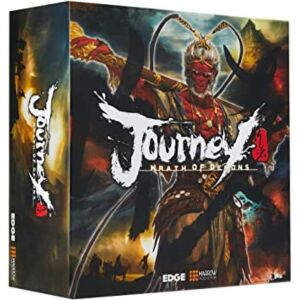