Over generations and generations the ancient woodland of Børe prospered and grew. The world was bestowed with great spirit, which lifted the animals of the land to new heights. The Foxen grew proud and true.

Then there was a monstrous shake and then The Great Return. No one quite knows why, but the Guardians have risen - but not the kind, life-giving Guardians of spiritual legend. Dark, ferocious, versions that are now attacking all the kingdoms of the land.

Skulk Hollow is a 2-player, asymmetric, tactical combat game. Players use action cards to move their units, summon, and use special abilities. Play starts on an initial world map, but progresses to the Foxen player leaping onto the Guardian player board and taking out different parts of the character.

The two players take the roles of either a towering behemoth of a Guardian trying to eliminate the clans of foxes who have been causing havoc on the countryside, or a band of foxen heroes out to vanquish the evil beast that has been terrorizing the land and reunite the four kingdoms of Børe.

The Foxen are children of the Bigfolk, who were entrusted with the world. These animal races are raised with a sense of destiny. Foxen boldness does not lead them to rashness, only to certainty that the steps they took yesterday were right, and a solid foundation for tomorrow.

Grak is far from the brightest servant created by the Bigfolk, but it was built to be persistent. Made to shift stone it carves canyons with unrelenting blows. Through endless work, it earned praise from its Bigfolk masters. Grak was Good; they told it so. And when at last its work was done, Grak crawled deep into the caverns it had made and hibernated with a deep sense of contentment.

Long ago Raptra shaped the weather and commanded the skies above the newborn land. Raptra’s storms brought rain to trees and plants, and wind to help spread their seeds. High atop a mountain peak it tended one tree for itself, twisting it's thorny branches into a nest where it slept through the Millennia. 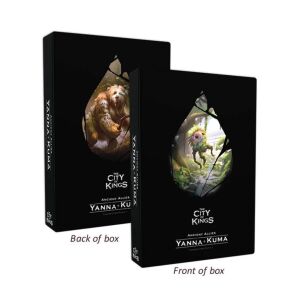 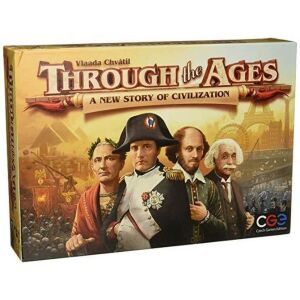 Through the Ages: A New Story of Civilization EN