The end of the Cold War ushered in a new age of European expansion. Central and Eastern Europe had emerged from dictatorships and wanted to consolidate their democracies. They sought European integration to ensure they would not fall back into the Russian sphere of influence. The EU and NATO offered a guarantee of this, and the EU was also seen as vital to ensuring the economic success of those countries. Russia — a shell of its former power as the Soviet Union — could do nothing to slow the European expansion.

"A strong EU, a strong NATO, and a true strategic partnership between them is profoundly in our interest." — US Senator John McCain

But then things changed. Oil prices increased, bolstering Russia's economy. Putin came to power, and despite political discontent in Russia, his popularity remained strong. In 2008, war broke out between Russia and the NATO-aspirant, former Soviet country of Georgia. Russia's resurgence had begun, exemplified by the 2014 annexation of Crimea and invasion of eastern Ukraine.

"If we do not win the New Cold War on terms of our choosing, we will ?ght at a time and place chosen by our adversary, and the odds will be tilted against us." — Edward Lucas former Moscow Bureau Chief for The Economist

It also need to be remembered, that, as Lord Palmerston put it, "In international relations, there are no permanent friends or permanent enemies, only permanent interests." and those who once were friends may soon not be so anymore for the Wheel of political Fortune spins constantly.

One also need to remember, that the point of view in Moscow might be and often is different to that in the West and such is the judgement of the past events. The designers and developers of this game tried to do their best, to make sure, no single point of view is prevalent and the international politics are looked upon from conservative and neutral perspective. The flavour text on the cards are shown from the perspective of the respective side of the conflict and do not represent our point of view, only serving deeper immersion.

Europe Divided is a game of an expansionist Europe, a resurgent Russia, and a new Cold War. In the game, you control of one of the two powers: Europe (controlling both NATO and the European Union) or Russia. You manage conflicts of political and military influence, vying for control over Central and Eastern Europe as well as the Caucasus. Europe is powerful and rich, but bureaucratic and slow to react. Russia lacks Europe's resources, but can respond rapidly.

Europe Divided is rich with history and includes today's potential flashpoints, but it features a quick-playing card-driven core mechanism. Players use cards associated with countries they control to establish political and military influence, gain money, and build and deploy their military presence. An elegant deck-manipulation mechanism weakens players' decks as they increase their influence, creating a tension point between seeking to expand and overreaching. Players also compete over key political events throughout the game. Will the Velvet Revolution result in the split of the Czech Republic and Slovakia? How will the Bosnian War end? The players will decide the fate of history throughout this period of Europe Divided. The Court of Miracles engl. 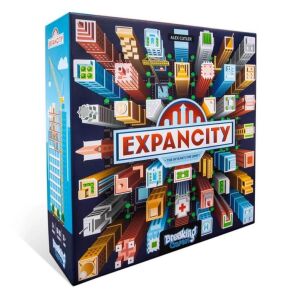 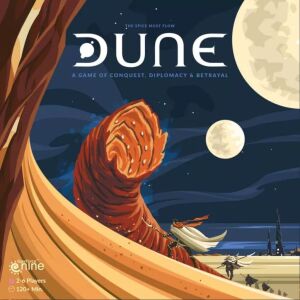