description
This is your chance to write history:

You start with a small tribe and the will to build a great civilization. Expand your farms and mines to get resources to build your cities. This is the basis for technological advances, better governments and big miracles. Choose Wise for the Future - A war has left the world completely destroyed and people divided into factions. These factions have decided to end the never-ending war in the arena. A new virtual blood sport was created. The adrenaline tournament. Each faction has a champion and every champion has the chance to fight and the chance to win. Are you going to take the chance to become the next adrenaline champion?

A first-person shooter for the living room table! Grab ammo, grab a gun and shoot what it costs. A cleverly chosen arsenal allows murderous ingenious moves. Fights are played quickly and without a dice. And: who gets shot, gets faster!

leaders whose inheritance will lead your people to greatness. Reinforce your army to protect your borders and expand your territory. And make history with your political skills.

A strong economy, advanced technology, happy citizens, an enlightened government, a strong military - your civilization must do well in many areas. They can excel in some areas, but not in others. Adapt your strategy to the possibilities offered by the game. Your rivals will gain advantage through wars and politics, so keep up your defense. But do not neglect the intricacies of life as civilization with the most influential culture wins.
Through the centuries:
What story are you going to tell?

Attack of the Jelly Monster 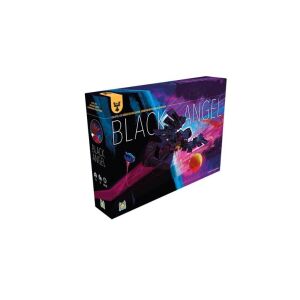